Performed at New York City’s “CBGB”, at Baltimore’s “An Die Musik” and at Macau Jazz Festival in China with “Zé Eduardo Unit”.

I had also the privilege of playing with Greg Tardy and with David Murray; Peter King herein Portugal.

Meanwhile I get to work regularly with local musicians, covering Algarve’s and Spain clubs. 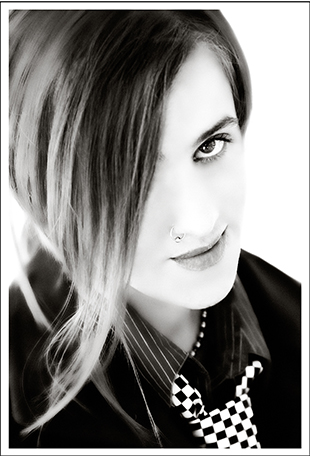 A short retrospective. I’ve started my music and drums studies in 1994 at Associação Filarmónica de Faro [AFF] with professor Joaquim Furtado and I have been hitting & beating since then. Formed and I been former member with a handful of groups, won some national musical contests and got my share of media coverage as newcomer. With some of these bands I got to share the stage with relevant domestic and international artists.

I’ve lived in Barcelona [ES] during 2007 tattend “Taller de Musics” Jazz School and had lessons with professors Ramon Angel Ray, drums and Cristina Canet, music theory. During this particular period I had the opportunity of working with some local acts and did a few gigs a Barcelona’s club circuit. In April 2012 I released my first album called “LittleB”, with original compositions.

In December 2013 I manage to form an all jazz female band called “Girlson Fire” with great jazz instrumentist from Portugal, Spainand Germany.

December 2014 she was the Drummer for the Iberia Tour of Dilana (USA), due to my good work on drums, Dilana invited her to be her official drummer.

In 2015 toured all the European tour with Dilana and now in 2016 going to make the USA tour.

In 2015 I also formed a rock band called GAIJAS that have been touring all over Portugal and will record their first original album late this year.

Early 2016 from January to March I toured the U.S.A with the Rock star Supernova (americam reality show) Dilana Smith. We toured from NYC to California.

Check out my solo album at: www.cdbaby.com/Artist/SoniaLittleBCabrita