Born in 1976 in the interior of Portugal , Nuno early became fascinated with drums.

All served to drumming even his grandmother’s buckets and pots. Later Nuno took piano lessons , but soon discovered that his fate would be the drums.

At the end of 1994 Nuno acquired a drumkit and started playing with neighborhood friends where he lived, thus beginning to take the drumming more seriously , trying to create something that could be presented to the public. Nuno was accepting invitations to other musical projects , with more experienced musicians with whom he was learning and developing more and more …

A few years later he moved to Lisbon where he participated in various workshops and Masterclass and met other musicians , some of whom turned out to work. 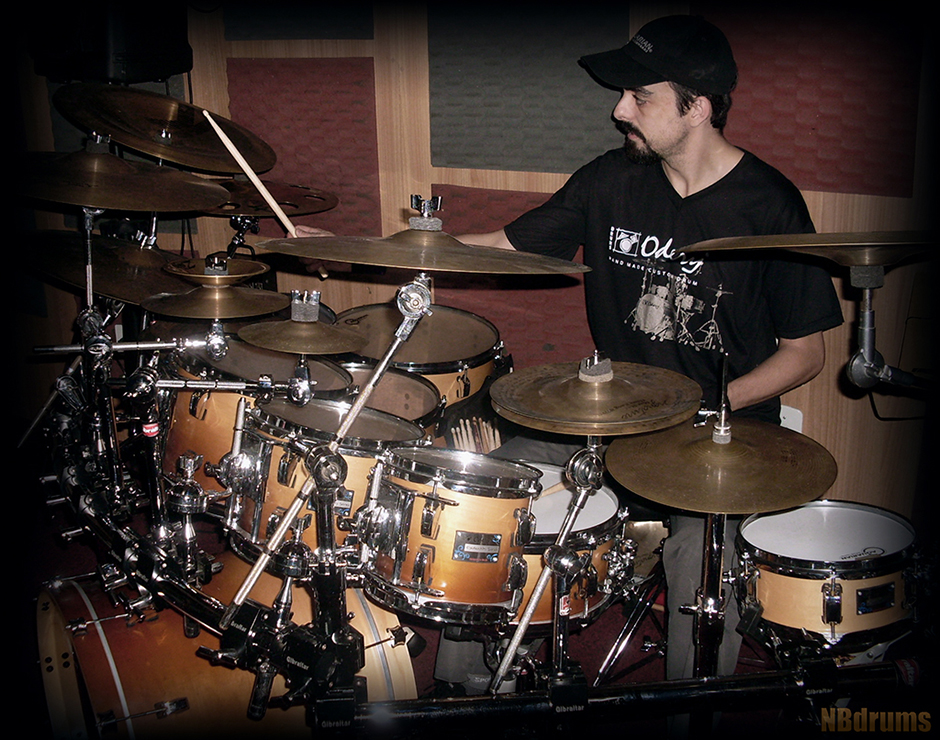 Today Nuno has more than twenty years of experience in the music business as a drummer , already passing through several bands, live music projects and studio sessions.

In 2010 he moved to Brazil, and in Brasilia, attended workshops , studied at the Brasilia Music School with Kiko Freitas and Duduca da Fonseca ( CIVEBRA ) , and quickly began to promote their own workshops.