First generation Portuguese-American; Brian Camara has grown to be a very versatile, creative, and relentlessly slamming drummer. Born and raised in San Leandro, California, Brian picked up the drumsticks at age 13 which led to drum lessons at a local music store with pro drummer William Woodley for several years. At 16 years of age Brian was already playing with numerous punk and metal bands through out the SF Bay Area while remaining active in musical programs in high school such as marching band, winter percussion, and jazz band where he gained a lot of formal and classical training on drums and percussion. Upon high school graduation, Brian dove straight into the drum corp scene. He marched as a snare drummer for the San Jose State University drumline as well as the Santa Clara Vanguard Cadets Drum and Bugle Corp where he solidified his rudimental chops and toured the states. 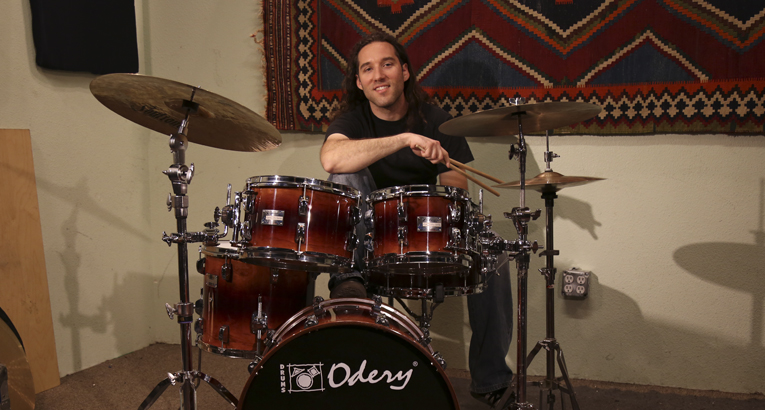 In 2009 Brian relocated to Los Angeles to attend PIT @ Musicians Institute where he became a much more well rounded, solid player. Mastering his craft on the drums, he studied with world class teachers: Jeff Bowders, Jason Harnell, Donny Gruendler, Andrew Megna, Gary Hess, Fred Dinkins, Ed Roscetti and Chuck Silverman. After successfully graduating with an AA degree from Musicians Institute, Brian scored a gig touring with one of LA’s finest rockabilly bands; The Rocketz. The tours consisted of a 6 week spring midwest tour and a long 10 week summer full U.S. tour, displaying his chops and showmanship nationwide to the masses.

Brian currently resides back home in the city of Oakland where he keeps a busy schedule teaching drum lessons and performing regularly with his main projects ABELsound; a funky/jazz trio, latin/reggae group the Ruckatan Latin Tribe, Jorge Santana, and many other groups/muscians through out the Bay Area and beyond.