Bonzy is born on 14.09.1989 in Sofia, Bulgaria in the family of Vasko “The Patch”, famous Bulgarian blues musician, front-man of the first bulgarian Blues Band. The first steps in music were in his early childhood and once even fell asleep in the bass drum. On 1stof August 1998 he met his band mates for a first time and until now they’re still together and celebrating this date for a 13th time this year. First ever show was for the New Year’s TV Show of the Bulgarian National Televison. (ODD CREW – first interview ever ) 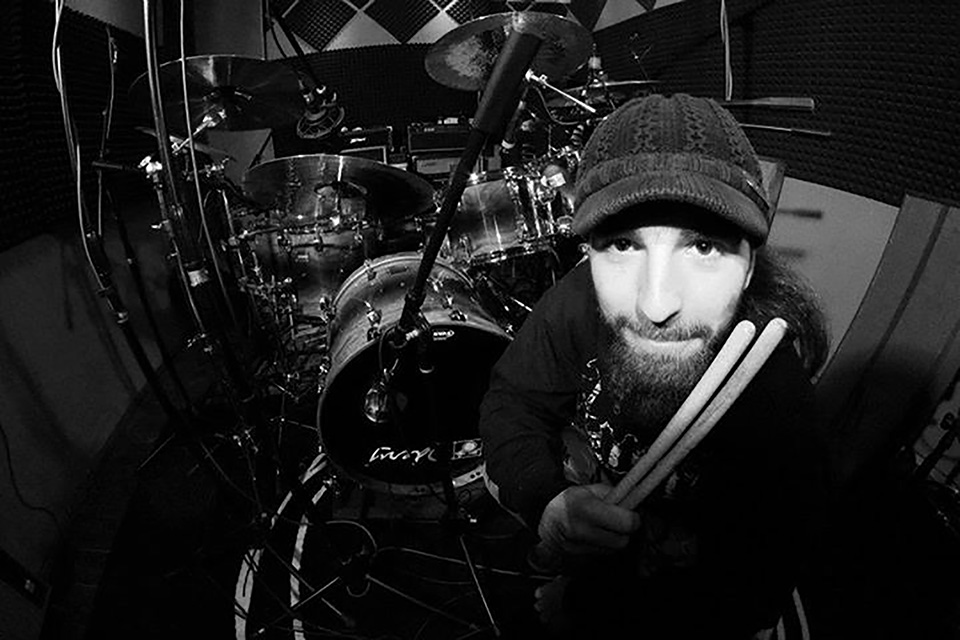 Bonzy was just 9 when Kaskadiori played in Hall 1 in the National Palace of Culture and some open air shows in front of 2-5 thousand people. After releasing their first album in the year of 2000 and the following concerts, radio and TV show, they joined Vasko “The Patch” Band. During the seven years of working together they’ve played everywhere in Bulgaria (Vasko The Patch – Den Sled Den Live). Bonzy has recorded drums for 2 Albums of Vasko and played as a guest with Kamen The Barrow, Kelie Rucker, StringS, Hobo Blues Band and others. During this period Kaskadiori released two more albums and on their 10th anniversary they’ve changed the name of the band to ODD CREW. Since 2008 ODD CREW has released three Albums and three Official Videos (Death Trap Official Video), (Two steps to Hell Official Video ), (A Bottle Of Friends Official Video). They have played everywhere in Bulgaria, in clubs and on open air festivals in Romania and Serbia and made a European tour “11 Years of Brotherhood”, headlining in clubs in Germany, Hungary, Switzerland and England. In late December 2011 ODD CREW released their first DVD, called same as the previous album “A Bottle Of Friends” including live performances (ODD CREW – We Won’t Betray Ourselves (Live)) and big documentary part(A Bottle Of Friends DVD Trailer)
In 2012 ODD CREW signed a deal with KMK Records and on the 9-th of June 2012 they released their third album “Beyond The Shell”, recorded with Odery Drums and Istanbul Pera Cymbals.

Education:
Bonzy is studying drums in the National Academy of Music in Sofia in the class of Hristo Yocov, graduating master degree in 2013.