Samuel Brady was introduced to music from a very young age. Samuel’s Grandfather, Michael, was a professional musician in Sheffield and played bass for the band; Hickory Wind. Samuel began to play the guitar at 11 years old, taking lessons at secondary school, learning a variety of styles and playing with an array of different musicians. It wasn’t until 16 years old that Samuel wanted to learn to play drums. 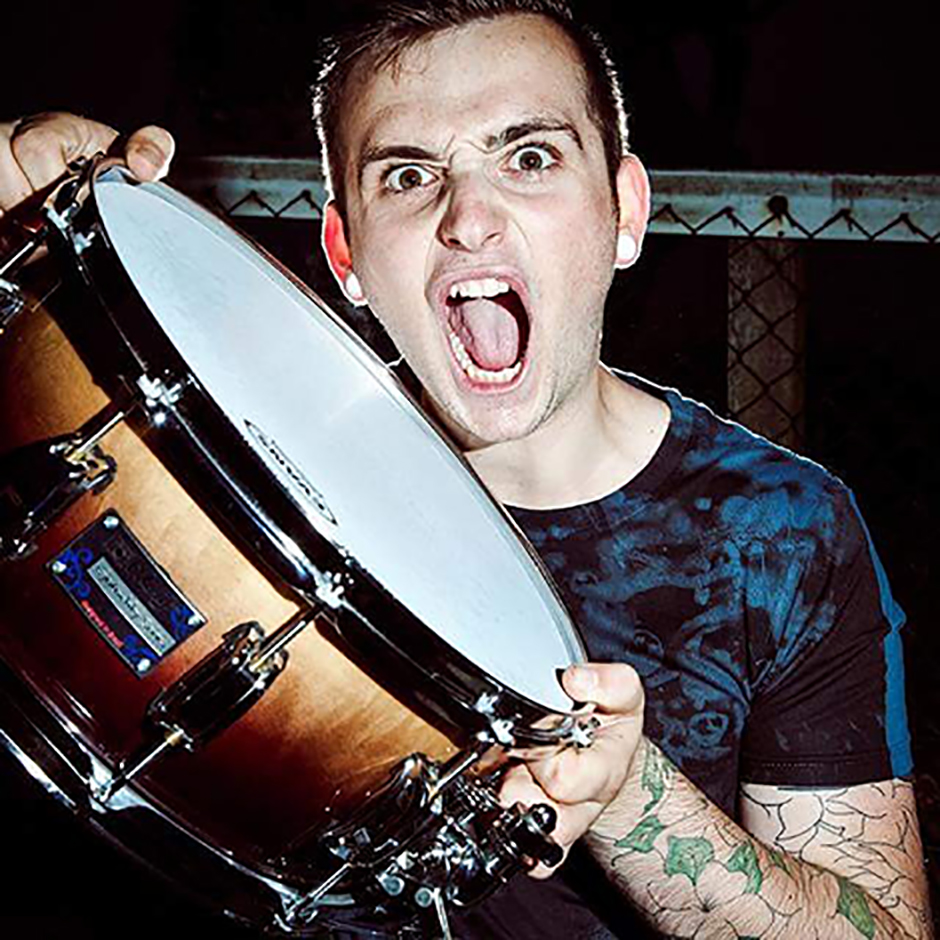 Already having an understanding of music, he began to progress quickly and play drums in his first band less than a year later. The beginnings of Samuel’s career came with Southampton based Metalcore band Gone By Tomorrow. Amassing a strong following of over 10,000 likes on Facebook and 100,000 views on YouTube; this band has been described as ‘one to watch’. With fast paced guitar solos, rhythmically interesting breakdowns and melodic choruses, Gone By Tomorrow push the boundaries of the Metalcore genre. Having played local shows supporting Alesana, Our Hollow, Our Home and many other Metalcore giants as well as departed on headline tours across the country, Gone By Tomorrow have certainly placed their mark on the scene. Samuel has also taught drums and offers lessons to all ages and abilities. Now into the winter months, with Gone By Tomorrow being on the back foot, Samuel is taking lessons under prestigious educator Kevin Dredge, of Garden Music School, to develop his knowledge and playing ability. Samuel hopes that 2017 is going to be ‘his year’ offering more live experience, tours and the ability to progress as a musician.