Carmine Landolfi was born in Naples on November 12, 1990. By the age of five years he begins to have the first approaches to the instrument and start to study with different teachers, namely Umberto Guarino, Franco Del Prete, Ettore Mancini up to Alfredo Golino and to which he shows his great talent. 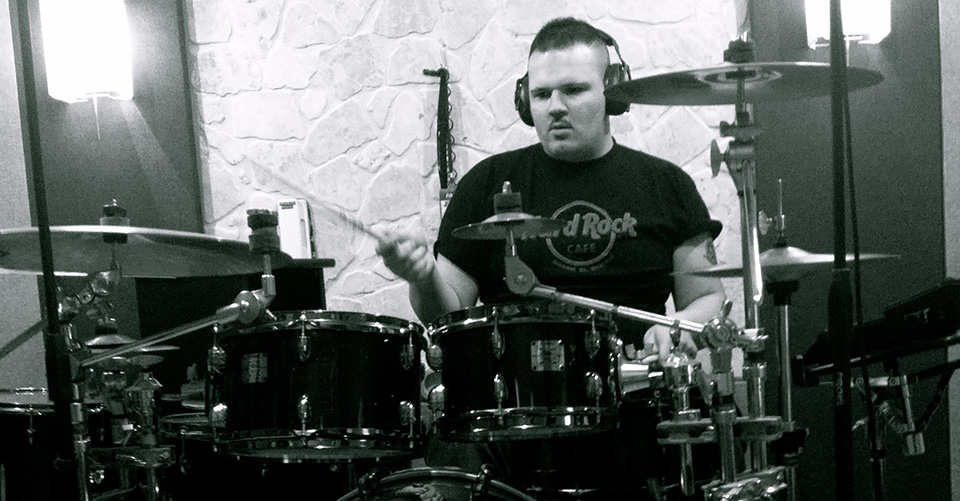 He has played in various clinics duet with Christian Meyer, Ellade Bandini and Massimo Morriconi. In 2006 he won the “Batteristi in erba” contest organized by Pearl FBT winning two awards, best drummer in his category and best overall talent. The following year he played at the Lucchini Day (The Long Night of Drums) the famous drum event, held at the “Rolling Stone” in Milan. In 2011 he starts the tour with singer/percussionist Ciccio Merolla, treading stages of half of Italy. In 2012, for his extraordinary talent, demonstrated despite his young age, two famous brands, Odery and Turkish wants him as an endorser. Also in the summer of 2012 together with Massimo D’Ambra, Livio Lamonea and Alessandro Anzalone he gives life to JUST FOR FUN, a project designed to create a new musical challenge: to re-harmonize and re-arrange famous dance and pop hits, revolutionizing completely the tracks albeit keeping the original vocal track. He is currently on tour with singer Ivan Granatino.