Professional Musician/drummer for over 25 years, musical educator and pedagogue with a postgraduate degree in Music – Social Practices. During his trajetory, Cristiano has been awarded as finalist in national drummers contests  (1st Batuka/1996, 1st and 2nd Conesul Players Contest/97 and 98), publications on national magazines and worldwide-famous magazines as the Modern Drummer (USA), the most read magazine on drummers in the world. 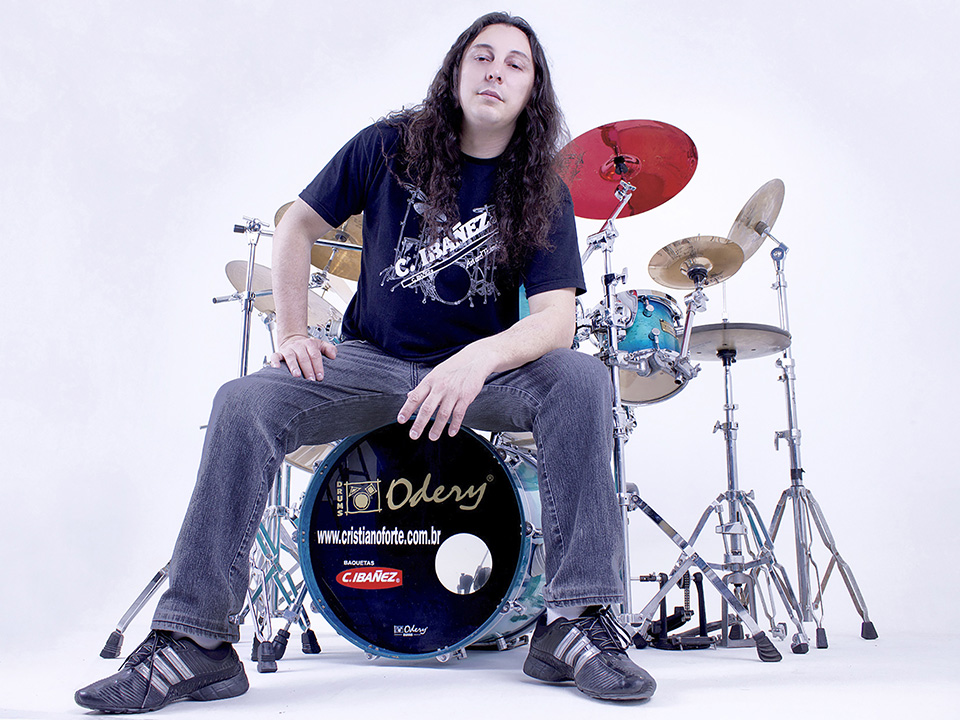 Cristiano has promoted the event entitled “Baterias na Praça” (Drummers in the Public Square), involving more than 20 drummers playing simultaneously a play that himself composed.  His discography includes recordings in over 50 works in various musical styles.

Besides workshops and drum lessons in public schools, Cristiano also teaches ‘Premium Drum Lessons’ in many cities and works as a freelance musician. He is sponsored by Odery Drums, C.Ibañez sticks, Impression plates, Aquarian skins and Drummer´s – protective covers for plates.

He is also a motorcycle fan and during his Project called ‘FORTES’ Ventos’ (Strong Winds) he has riden for over 30.000km through roads in Brazil, Uruguay, Argentina, Chile and the longest part through Patagonia, carrying  mini drums on his baggage.

Nowadays he is the drummer of Brass Groove Brasil (2015 Best Instrumental Album in Prêmio  da  Música  Catarinense – Catarinense Musical Award),  Coda,  Humatumotabum,  Down  The  System (System  Of  A  Down cover)  and  Brazilian  Pink  Floyd (Pink  Floyd cover), besides working as a freelance musician for many groups and artirts in various musical styles. Since 2003 he holds the site www.cristianoforte.com.br