Drummer. He began his musical life at 15 years old playing in his church. At 18, he entered the School Chiquinha Gonzaga in Itaguai, R. J, studying two years with Teacher Jocir De Almeida.

At 22, he began his professional music career in recording studios in Rio De Janeiro. In one of these recordings he met singer Alvaro Tito, who played for three years and recorded two albums: “Victory” and “Reinas in Glory.” In the same year also recorded the album “Over the Hills” singer Marcelo Nascimento. 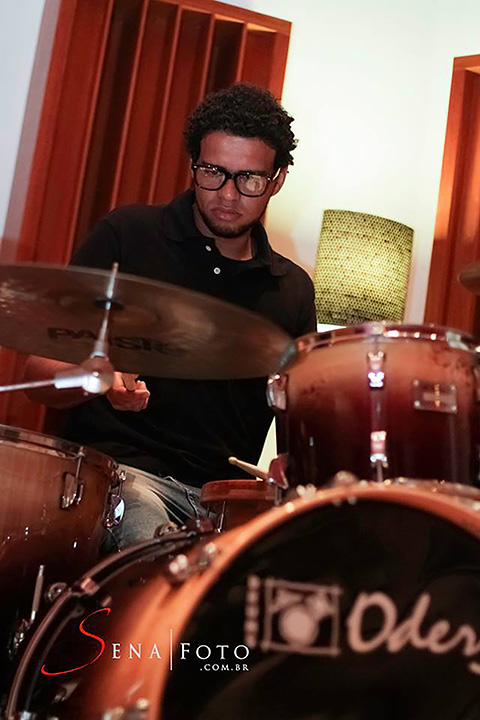 Since 2011, Rodrigo Ribeiro accompanies Eyshila singer throughout Brazil. In 2016 with “God in control” tour.