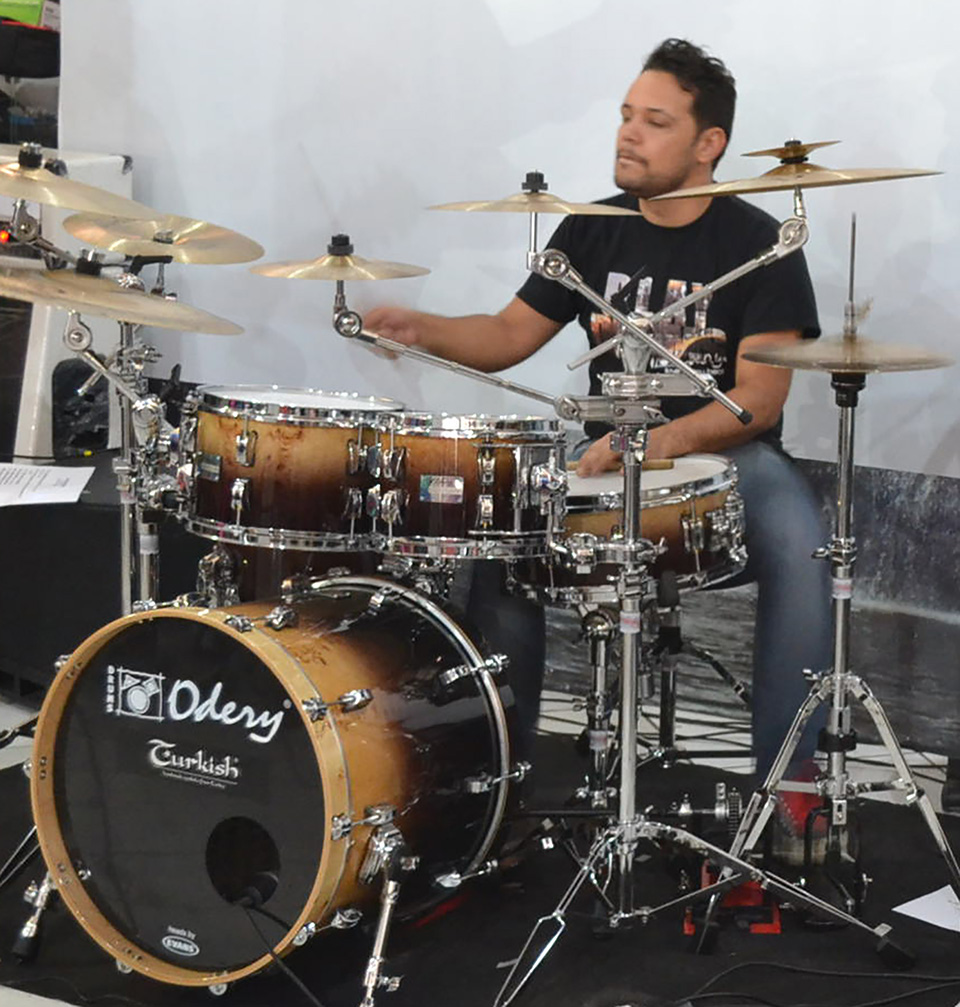 He travelled with the artist Celso Moretti, in the Conexão Telemig Celular Tour, going to São João del Rei, Montes Claros, Uberlândia, Poços de Caldas, Belo Horizonte, São Paulo, Rio de Janeiro, Brasilia, and other cities. In these shows, he shared the stage with international known artists, like the guitar player Paulo da Gama (Cidade Negra), the singer Fauzi Beydoun (Tribo de Jah) and the percussionist and musical productor from Senegal, Mamour Ba (Conexão Tribal). Still with Celso Moreti, he played in the tour of his third CD called Reggae Favela Brasil, sharing the stage with a jamaican band called The Gladiators, and also played in a Brazilian TV show called Caleidoscopio. With all the mentioned artists above, he travalled all the country in tours promoting their jobs. In studio, Paulinho recorded with Marcus Zan, Fred e Paulinho, Paulo Sérgio e Matheuzito, Phil Regional, Elias Santos, Cadu e Cristiano, with the singer Eduardo Costa, Beto Júnior, Zanetti Brothers and Paulinho Alabart, occasion in which he also worked as a musical producer. In the teaching area, Paulinho produces workshops, teaches drums for more than fifteen years, makes reasearches and courseware.