Renato Siqueira is the drummer of:

He also acts as a sideman, writes a column for the website www.batera.com.br and collaborates with Modern Drummer magazine, aside from working with producing and organizing workshops. 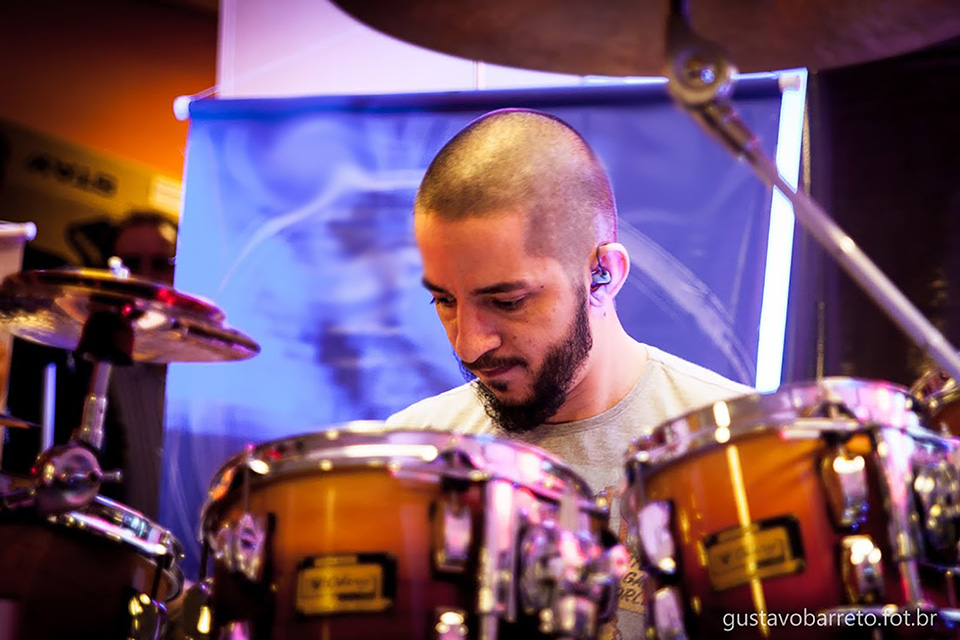 He has done workshops in several cities, playing beside great drummers such as Lufe, Fernando Schaeffer, Natálio Alves (through Krest), Dudu Portes, Mauro Tarakdian, Eduardo Baldo and Jehan Montelli (through Luen), has worked on the organization and production of the Porto Alegre issue of the 1st Festival Odery/Modern Drummer, and has collaborated with the São Paulo issue.

Renato also acts as a consultant to the companies that support his works. Thanks to those efforts he was able to come up with the concept to the Air Control System snare, developed by Odery Drums, with very positive reviews in every specialized magazine in the world. He’s written the user’s manual to Odery’s Privilege pedal and has done many consulting jobs to two of the greatest import companies in Brazil, also testing products and prototypes for his endorsers (Liverpool, Luen, Krest, Odery, BMA and Teto-Preto).

With It’s All Red, he’s gone over the mark of 4.000 copies sold and 18.000 donwloads of the band’s debut, Vicious Words From The Heart, all independently. A video from the song POISONOUS, which is available on YouTube, was, in its first month, the 4th most accessed vídeo in the category “Music” on the website, with more than 2500 views on the first 3 days. All the 4 videos from It’s All Red available on YouTube have reached more then 16.800 views altogether. The band’s Myspace page has went over 31.000 accesses , with visitors from all over the world. In every magazine review, his performance on the record is well-acclaimed (see some examples below). All this recognition has lead him to start up the project called “It’s All Drums”, in which he does workshops performing and explaining his techniques on It’s All Red’s songs in several cities throughout Brazil.

With Véspera, he’s finished recording the band’s new CD, that’s going to be out on the 1st trimester of 2009, produced by Zé Américo, a well-known and internationally experienced producer. Before that, Véspera released a promo CD, whose 2.000 copies were sold out in less than 3 months.

Unspeakable is in the process of recording their debut CD, during January and February. The álbum should be released still in the 1st semester of 2009.

Some reviews from It’s All Red debut CD Vicious Words From The Heart:

Roadie Crew magazine – issue # 110, page 51: “…the southern Brazilian group goes far beyond the metalcore they claim to do, showing creativity and great musical competence throughout the 11 tracks that bring way more than the raw and repetitive brutality of the genre: melodies come as a surprise, very creative backing vocals appear from out of nowhere and color the songs in a very special way and, to complete, their drummer is one true double bass demon…”

Horns Up magazine – issue # 2 (www.hornsup.net): “…drummer Renato Siqueira does his job with plenty of merit, due to not attaching to the obvious and common. His expertise, creativity and versatility really impress… ”
Modern Drummer Brasil, February/2008 (issue # 63): “…on the drums, the good performance of Renato Siqueira is explicit on the fast THE ARRIVAL OS AGES and HELL, ANYTIME. Highlight on the several appliances in A PARTY…”