Lellei Viegas, a drummer from Rio de Janeiro, Brazil, started his musician carreer in 1997, then playing together with artists and bands, teaching at music schools, and convening workshops, clinics and particular classes over the country. 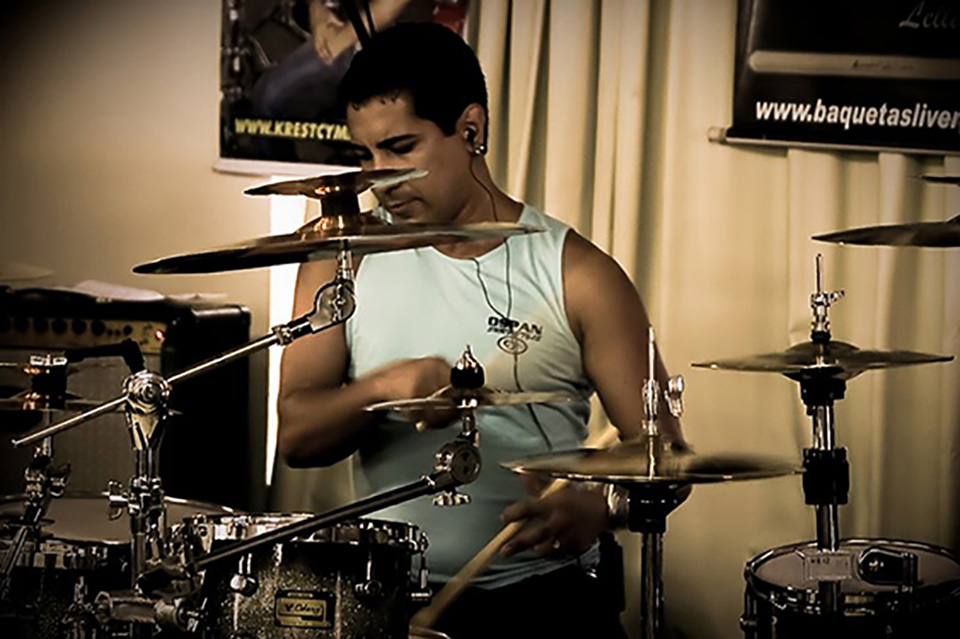 Currently, Viegas plays on the rock/powerpop project DOX, together with the producer, singer and guitarrist Felipe D’Ippolito (former participant of the reality show FAMA, equivalent to American Idol). DOX is now releasing its first EP, which tracks can be found at www.myspace.com/projetodox . He’s also playing on the techno/pop band Daimom, which is also releasing in 2009 its first album featuring special guests like Claudio Zoli and Paulinho Guitarra: www.myspace.com/daimom .

Besides those projects, Lellei Viegas is now on tour with Sapienza, a pop/brit rock singer from Rio de Janeiro that is having its album “21” released by Som Livre. That album was produced by Fernando Magalhães (from the Brazilian top band Barão Vermelho) and all its drums were played by Viegas: www.sapienzaonline.com .

Lellei is also playing in the gospel show business, on national tour with the Brazilian singer Pamela, by MK Music record company (www.pamela.art.br), and with the jazz/bossa nova project Fino Trato.